How To Reduce Your Carbon Footprint

How to reduce your carbon footprint

So, you just installed solar panels on your roof, and now you are powering your home every day with renewable energy. You have essentially reduced the carbon emissions of your home to zero. But, you may be wondering, what else can I do to reduce my carbon footprint? Here are three more ways that you can reduce your individual carbon emissions. But first…

What is a carbon footprint? 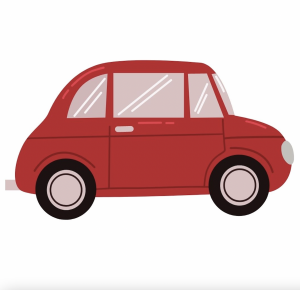 Everybody knows that cars produce a lot of greenhouse gas emissions. But many people think – I can’t stop using my car, I need it to get everywhere! However, if you live in or near a city, public transportation or biking are other great ways to get where you need to go. Even if you don’t, carpooling can reduce emissions. Driving to work with someone else or picking a friend up to go to dinner rather than you each taking your own car can reduce overall emissions.

Even if it isn’t feasible to give up your car, there are steps you can take to make your car ride more environmentally friendly. Avoiding using excessive heat or air conditioning, and using cruise control during long car rides can help save gas and cut down on emissions. Then, if you are in the market for a new car, consider buying an electric or hybrid vehicle! Both of these significantly reduce and can almost eliminate carbon emissions from transportation. 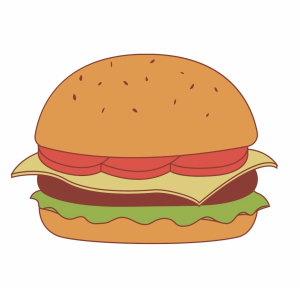 We know you love your burgers, but cutting down on red meat can be an easy way to reduce your individual carbon footprint. The agricultural sector is one of the largest producers of the greenhouse gas methane, and meat production contributes to 60% of emissions from the agriculture sector.

Why does meat production produce so many emissions? Well first, pastures for cattle to graze on take up a substantial amount of land and water. Land is often clear cut to make these pastures, which destroys forests. Since forests act as a carbon sink, by creating pastures for cattle, we are essentially reducing the amount of carbon that can be absorbed by the atmosphere. Then on top of that we add another, more potent greenhouse gas to the atmosphere. Cattle produce substantial amounts of methane, which is almost 30x more potent as a greenhouse gas than carbon dioxide. So, reducing the demand for red meat would significantly reduce these emissions.

On the topic of food and methane, another large source of methane into the atmosphere is landfills. When food waste rots in landfills, it releases methane. Reducing food waste is another step you can take to reduce your emissions, specifically methane. 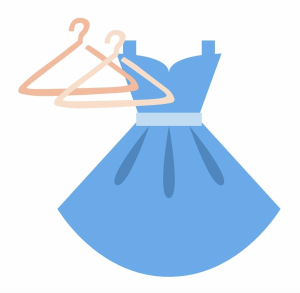 Estimates suggest that the clothing industry produces between 5 and 10 percent of global carbon emissions. One way to reduce your carbon footprint is to shop second hand, and donate your clothes when you are done with them. When you buy used clothes, you essentially bypass the process and emissions that go into creating a new piece of clothing. And when you donate your old clothes, you give someone else the opportunity to do the same. This helps to create a more circular system and lessens the demand for new clothes (and therefore new carbon emissions). Additionally, donating old clothes keeps them out of landfills.

You can also shop fair trade, which is a certification that shows that your clothes were ethically and sustainably made. By avoiding cheap fast-fashion and supporting ethical clothing businesses, you are  buying a greener product. But also, by doing this you increase the demand for these products and decreasing demand for old and less-sustainable products. If everyone can do this, the market for sustainable fashion will grow, and emissions associated with producing clothing will decrease!

If you were to look up online ways to reduce greenhouse gas emissions, one of the primary ways would be to do things like use heat and AC less, turn the lights off when you are not in the room, etc. All of these things focus on reducing electricity use. However, when you have solar panels on your roof, you do not need to worry about this. You are not producing any carbon emissions by using electricity powered by solar power, so there is no effect there on your carbon footprint!

So if you already have solar panels on your roof, great work! If not – what are you waiting for? Contact us today to get a free solar quote to see how much (money and carbon emissions) you can save!

What are Massachusetts Clean Energy Goals?