A major solar power project in the Middle East will provide electricity during the night, the developers have said.

The $1bn (£770m) scheme will provide up to 200 megawatts to the grid in Dubai between 4pm and 10am, according to the news service Bloomberg.

Instead of generating electricity using photovoltaic cells, the system works by using mirrors to concentrate the sun’s energy and heat water. The heat is stored in molten salt and then used to create steam that drives a turbine.

Paddy Padmanathan, chief executive of the Saudi Arabia-based company behind the project, ACWA Power International, told the news service that this system was likely to become more popular around the world.

“I expect concentrated-solar power, within 18 months, to be head-to-head with combined-cycle gas, if not more competitive,” he said.

“The focus has been on photovoltaic and batteries, but there’s a limit on how long they can hold a charge for. We’re proving that CSP [concentrated solar power] can work through the night.”

The system can heat the molten salt to a staggering 490 degrees Celsius.

“The others have gone bankrupt,” he said, but he added: “I know of at least five Chinese companies that are starting to enter the market.”

ACWA has built CSP plants in Morocco and South Africa and hopes to build another in Saudi Arabia.

“Right now they’re tendering for solar PV and wind, but I think they’ll want a CSP project as well, especially when they see how cost competitive it can be,” Mr Padmanathan said.

Jenny Chase, head of solar analysis at Bloomberg New Energy Finance, said the plunging costs of photovoltaic (PV) solar panels was reducing the chance that this rival method of harnessing the sun’s energy would take off.

“This plant in Dubai is for delivery by 2021,” she said. “By then, we’re expecting solar PV and batteries to be in the same order of magnitude for cost and will be a lot more flexible than a solar thermal plant.” 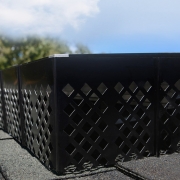