While fairgoers seek the shade, the sun will help power this year’s Nebraska State Fair.

Solar panels are being installed this week, on the south side of the Nebraska Building, near the Game and Parks exhibit.

Olberding says his company agreed to put the panels in at no cost to the fair. It’s a welcome addition to a fair that strives to be the most innovative in the country.

The Fair’s facilities director Jaime Parr said, “I do see the solar panels as a great fit for the State Fair. They do touch on our technology needs as well as sustainability, environmental efforts.”

the fair has taken steps to go green, and is certified for keeping nearly everything from going to the landfill.

Parr said, “We do tons of waste diversion at the State Fair. We are a three-time zero waste event, so looking for number four this year.”

They also have a sustainability pavilion, that J-Tech will sponsor, featuring a monitor showing solar power’s impact.

“That will show us how much power is real time live being generated from the solar panels,” Parr said.

Olberding said the screens will “Talk about the footprint, carbon footprint it’s saving, how many computers it could run.”

This installation’s not enough to power even one building at the fair, but Jason says it shows what can be done on a typical home.

“It would take all of a home’s bill away for a month, for an average ranch home, plus some,” he said.

And it’s estimated to save the fair a few thousand dollars in utility bills.

Parr said, “The hope is that it will supply about 15% of the power to the Nebraska Building throughout the year.”

Located near the main entrance to the fair, hundreds of thousands of visitors will pass by and learn something on their way to eat corn dogs and funnel cakes.

Olberding said, “It’s a great place to bring awareness to what we talk about every day.”

J-Tech has a ten-year agreement with the Fair. 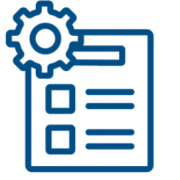