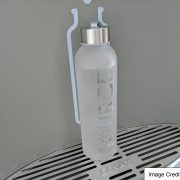 A NEW AGE IN ENERGY?

As with most energy and cost efficient power alternatives, there’s a lot of misinformation surrounding solar energy — even when we’re faced with hard facts outlining their benefits. Consider the fact that it took nearly 30 years for fluorescent light bulb (also known as CFL) sales and dependency to rise, as Americans were unwilling to switch over from incandescent bulbs until 2010.

Tried and true sustainable products often sit on the market for a while before they become “trendy enough” to be purchased. But now, thanks to some promising developments from Tesla,(including some slicker-than-expected solar panel roofs) the value and importance of solar power is finally getting the momentum it so critically needs.

These moves are important because, not only is solar power cost effective, it reduces our reliance on fossil fuels, which is an imperative issue we need to tackle. Humanity’s current net emission is 37 gigatonnes of CO₂, meaning we’ll need a reduction of at least 700 gigatonnes to keep global warming within safe limits. By switching over to solar power, we reduce our carbon dioxide emissions by over 37 million metric tons. And while it might be hard to see past your own finances, switching to solar power saves the United States over $400 billion in healthcare and environmental cleanup costs. But back to your wallet: solar panels pay for themselves in six to 15 years and increase the resale value of a house by about $15,000.

But solar power technology is nothing new. In fact, a similar standard of today’s models has been around since the 1960s. And since that time, panels have only become more efficient, more dynamic, and more attractive. So, what’s taken us so long to consider the switch?

It’s the myths that deter people from trusting in the technology. Most commonly, potential consumers worry that solar panels will not work in cold or cloudy climates. The truth is, they’re highly functional in cold climates, as conductivity is increased at colder temperatures. And, Germany, a country that receives half as much sun as the sunniest city in the United States, has the most successful solar power system in the world.

Now that Tesla has shown us how chic the solar panel roof of the future will look, skeptical homeowners will be more likely to make that change.

If you’re curious about the potential to save money and the planet, check out a solar power advocate like Understand Solar and get a proper estimate for your home. When faced with the facts, it’s hard to see it any other way: solar power roofs are essential investments for your home and the future. Fill out a cost estimate form and get access to exclusive deals in your area, and a fast and easy estimate to get things started.

Just out of view on the back side of Rob and Irene Kneeland’s Colonial house in Sutton, 28 photovoltaic panels are transforming light into power every time the sun shines.

The system came online in December. By March, the Kneelands’ monthly electric bill had dropped from $150 to $38.

“I imagine the next bill will be about zero,” Rob Kneeland said. “It appears that they’re performing as promised.”

Historically, installing solar panels was a pricey proposition — usually something only committed environmentalists with money to spend did. In recent years, however, improvements in technology, falling manufacturing costs, government incentives, and worries about the perils of fossil fuel dependence have come together to accelerate the adoption of solar technologies among everyday homeowners.

Between late 2013 and mid-2016, Massachusetts’ solar capacity more than tripled, from 362 megawatts to 1,174 megawatts, according to numbers from regional electric grid operator ISO-New England.

If you want to consider joining the surge, here’s how it works.

First, determine whether solar panels are feasible for your home. Generally, you will need a roof that isn’t facing north and doesn’t receive too much shade from the south, said Andrew Belden, senior director for renewable energy generation at the Massachusetts Clean Energy Center.

Your roof should also be large enough to accommodate at least 10 to 15 panels and be relatively new.

“You want to make sure you’re not going to be taking the system down in the next five years to replace your roof,” Belden said. Just about all installers will provide a free on-site assessment.

Next, study up on the basic economics of residential solar. In the past, leasing and power purchase agreements were popular ways for homeowners to get solar power. Under such arrangements, a business builds and retains ownership of a solar system then sells the energy produced to the homeowner.

But today, the price of a residential solar installation is about one-third what it was just 10 years ago, according to a report from the Lawrence Berkeley National Laboratory. At the same time, financing options have multiplied, making straightforward ownership more economically advantageous.

The median price per watt of capacity for systems financed through the Mass Solar Loan Program is $4, and the median installation size is 8.1 kilowatts. Those numbers suggest a new solar system could easily run more than $30,000.

Fortunately, several programs can help defray the costs. Federal tax incentives allow you to take a credit worth 30 percent of the cost of the installation. Massachusetts also offers a tax credit of 15 percent of the remaining cost after the federal incentive has been subtracted, with a maximum value of $1,000.

Together, these credits could reduce the cost of a $30,000 system to roughly $20,000 — still a pretty hefty total. To help cover that balance, the Mass. Solar Loan Program will assist you in locating a participating bank or credit union and, for income-eligible households, it also can provide further financial assistance.

Some individual communities may have further incentives — DSIRE.org maintains an updated database of renewable energy programs, state by state

Once the system is installed, ongoing savings will come from two places: net metering and solar renewable energy credits, or SRECs.

When your system is producing more power than you use, the excess electricity flows back into the grid and your meter runs backward, deducting kilowatt-hours from your usage — and your bill. This phenomenon is known as net metering.

If your power is currently delivered by a utility company, your system will almost certainly be able to take advantage of net metering. Homes served by municipal electric plants, however, may not be, so research eligibility before moving forward.

SRECs are certificates representing the environmental benefits generated by your solar system. They can be sold to companies looking to meet regulations, boost their green credentials, or offset their carbon emissions.

An 8-kilowatt system could produce as many as 10 SRECs per year and, though prices fluctuate, one SREC can sell for well over $200. While homeowners can sell their SRECs on their own, many choose to work with aggregation companies, which pool many SRECs and then sell them on behalf of their members.

Once you understand the financial basics, it is time to start shopping for an installer. If you are interested in the Mass. Solar Loan program, start with its list of prequalified businesses. Make sure to contact several installers. But limit your search to companies that are solar specialists, rather than roofers or general contractors who have added solar to their menu of services.

Ask vendors questions until you are completely satisfied with the answers, Kimbis said. He recommended asking how many systems the company has installed in your area, and requesting at least three references.

A potential installer should provide detailed cost estimates, including expected annual production, available incentives, and projections of how long the system should take to pay for itself. Be wary of companies that offer vague assurances instead of hard numbers.

An installer also should arrange for local inspections, connections to the utility, and the paperwork involved in signing you up to receive SRECs.

Finally, once you’ve chosen a company, be prepared to wait. Solar is becoming so popular that there will probably be a delay before you can schedule installation.

“Crews might be scheduling six, eight, 10 weeks out,” Belden said. “There’s a lot of solar activity going on in the state.”

Sarah Shemkus can be reached at seshemkus@gmail.com.