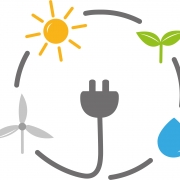 As the demand for solar and other types of clean energy jobs increases all over the country, blue-collar jobs in the field are booming. Forbes magazine states that over time it will become less expensive to build new renewable energy than run existing coal plants without. The construction and operation of new renewable energy plants that replace coal is the newest progressive transition in the energy economy today. The U.S. Bureau of Labor Statistics forecasts that the two fastest growing in 2026 will be solar installer and wind technician.  The increase in green jobs is happening in both red and blue states. The American Wind  and Energy Association posted a map (https://thumbor.forbes.com/thumbor/960×0/https%3A%2F%2Fblogs-images.forbes.com%2Fenergyinnovation%2Ffiles%2F2019%2F04%2FCongressional-District-wind-industry-footprint-1200×932.jpg) of congressional districts with online wind projects and wind-related manufacturing facilities.

Coal jobs however are in a general decline from 86,000 in 2009 to 52,000 in 2018 (with small 2,000 increase due to President Trump’s efforts between 2017-2018). This changing market economy has led to dozens of coal plant closures in 2017, with a 4% drop in coal consumption in 2018 and 8.4% drop in consumption in 2019. Many areas int he US see a general decline in cost of renewable energy, though in some areas the cost of it might not yet be below coal. VCE Energy Innovation produced a map (https://blogs-images.forbes.com/energyinnovation/files/2019/04/Coal-MCOE.gif?) forecasting this disparity visually for wind and solar systems. It shows that these systems may be cheaper than coal energy more-so in the eastern half of the country and in south-western states, with some difference in the center of the nation as well. This may be due to more sunlight exposure and wind energy capacity in these areas. In places with still a higher forecasted cost of renewable energy than coal we know coal is a major industry, like near the Mexican Gulf and in the north-west. This map is not necessarily complete and still misses detail, but it could indicate further geographical disparities in production of wind and solar energy by 2025.

We are excited to anticipate more people going solar to reduce their carbon footprint and save money! Request quote or send a referral today to Second Generation Energy and get started on adding solar panels to your home or business. We will help you achieve your specific goals every step of the way and are happy to help. 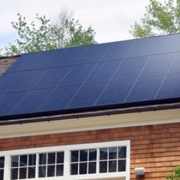 In November 2018, the Massachusetts Department of Energy Resources transitioned from the SREC II Program to the SMART Program to better promote cost-effective development of solar energy for Massachusetts. Many Massachusetts residents are hitching onto the Solar Massachusetts Renewable Target (SMART) program to quickly gain returns on their investment and contribute to the solar panel industry.

As published on the official Massachusetts government website, this program will ensure solar contract prices that are predictable across utility service territories regardless of varying retail price, program costs, and financial incentives. The program also provides long-term revenue for solar producers, which reduces financing costs and lowers overall project costs.

Sounds good to us! If you are a resident of Massachusetts who would like a return on your investment, consider the SMART program and get in touch with Second Generation Energy or one of our partners. We are doing what we can to change where our energy comes from to power our communities and support solar panel industry growth.